You are here: Home1 / News2 / BEF and BHS Issue Statement Relating to Indoor Arena Use

The BEF (British Equestrian) and BHS (British Horse Society) have issued an updated statement regarding the use of indoor arenas in England following communication conflict regarding government guidelines.

After nearly a week of discussions, British Equestrian had confirmation on Wednesday 30 March from the Cabinet Office, via the Department for Environment, Food and Rural Affairs (Defra), that the use indoor arenas in England remains restricted under the most recent legislation. 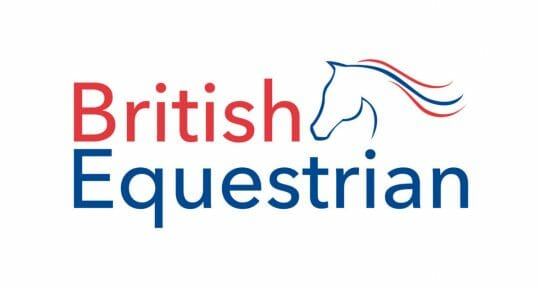 In a campaign lead by British Equestrian, the British Horse Society, the Pony Club and the Olympic governing bodies, clarification was requested following a change in legislation, released on Friday 26 March, which ordered indoor riding arenas to remain closed except for some exceptions.

Our previous agreement with government that equestrian indoor venues would be classified as outdoors due to their agricultural and airy nature no long applies. This is because the classification of what makes a venue ‘indoors’ has been now been determined using section 2 of the Health Act 2006, which relates to smoke-free regulations.

Defra has provided a roadmap in line with the step-by-step process that’s been outlined by the government for the use of indoor schools/arenas in England, which outlines:

This is Defra’s current confirmed position and we ask the equestrian sector to operate in line with the above at this time.

Collectively, we will continue to make the strong case for the use of equestrian indoor riding arenas with government in a bid to get agreement on their use at an earlier stage. We have support from a number of MPs and Whitehall staff, plus Sport England, who have worked strongly on our behalf. We thank our member bodies for their support and input this week and, with the support of the British Horse Council, we will not let this situation rest.

By working together and presenting a united case, we put forward as strong argument. However, the position remains that indoor arenas are to stay closed on the whole. We all share the disappointment and frustration that we know a number of venues, proprietors and the equine community will be feeling. However, we will continue the campaign on everyone’s behalf, with the support of Sport England, in a bid to get indoor riding facilities fully open within the government’s stage 2 timeframe which we hope will be 12 April.”

How is your Horse Really Feeling? New Tech Tells Us More